The former US president, Donald Trump, released a new social app that ‘follows the truth’. The now owner of Twitter, Elon Musk, says this ‘terrible name exists’ because Twitter censored free speech. Elon doesn’t seem happy about this new app as it now ranks above Twitter – while users of the Truth Social App also do not seem very pleased with the app that bans ‘curse’ words. This, and more, we’ll unveil in this post. Keep on reading.

It all started when Twitter started to permanently ban some big political names, including Donald Trump. Twitter’s censorship was suppressing political voices. And the free speech advocator, Elon Musk, just bought Twitter at $44 billion USD – and right after that, this new Truth Social app surged in App Store’s ranking, as #1.

The self-proclaimed free speech lover, Musk, noted the spike of this new app as it beat Twitter and TikTok in a surprisingly short time. He then, in reaction to that, tweets:

Even though now Musk, an advocate of free speech, now owns Twitter, the former US president said he would still not rejoin Twitter, even after being invited back. Instead, he insisted on using his own Truth Social network, which after severe setback, has now finally seen raging popularity.

Now the blockbuster deal is on hold by Musk because he wants the details of fake accounts and bots.

So the story goes back to 2021. Donald Trump was banned from Facebook and Twitter. So, in October, he started his own tech company, Trump Media and Technology Groups. The app was later launched in Feb, 2022. And surprisingly it lacked the expected user-base, mainly because of the App’s interface.

However, in the recent upgrades, thousands of residents were able to sign up – even so much so that they had a long waitlist.

The idea behind this new app was to promote free speech, where users could express and conversate their political and social beliefs without being barred. Truth Social app was marketed like this since it was launched – an ‘uncensored’ alternate version of Facebook and Twitter.

Even in his statements, Trump said that this new social network ‘gives voice to all’ and ‘fights back against the big tech’.

Truth Social App Review: What the app is like?

Europe has also warned Musk that ‘being too lax on the moderation may result in Twitter’s ban in Europe or may result in at least a 6% annual revenue fine.’

As far as Truth Social is concerned, despite its unbeatable hype, the social network is still having a rocky start. After analyzing reviews from the bigger publications and some individual users, here are some key points so far about the app:

The rising popularity of the app is because of Musk buying Twitter. Trump said: “Twitter’s become very boring. They’ve gotten rid of many good voices on Twitter, a lot of their conservative voices.” The downloads of the Truth Social have now reached approx. 1.4 million. However, the existing UI needs improvement and there needs to be some clear guidelines. For now, the users of the app only seem pro-Trumps. We’ll see how far this fight of free speech goes, and we’ll also see what changes Musk may bring to the Twitter guidelines. Stay connected for upcoming stories.

Truth Social is still not available for PC and Android.

Some Interesting Statistics, If Numbers Interest You

Old, but an interesting survey: Here’s a graphical representation of the former president’s app, Truth Social, total number of downloads between week 8 to 16, since its launch – in the US only. 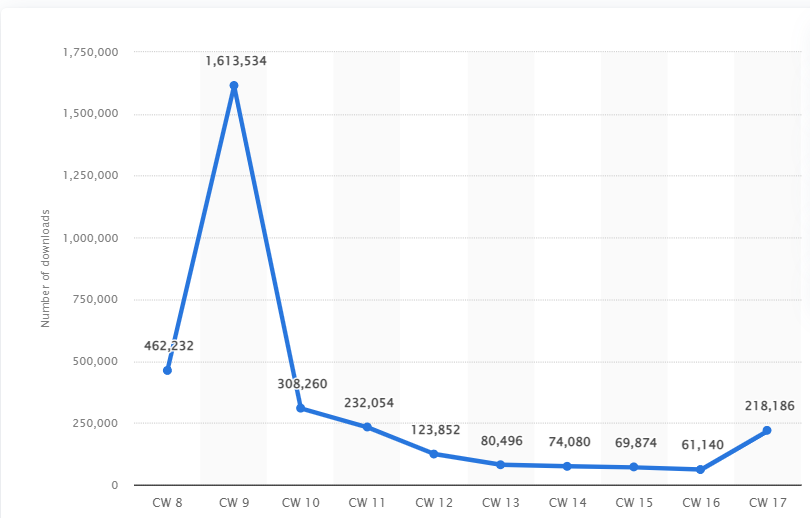 Find more to this Elon-Musk, Trump, and Truth story in our recent updates.

5 Effective Ways to Promote a Hotel

Whitelist a Sender or Domain in Gmail » JaypeeOnline