Our heart is literally melting!

Ryan Tubridy hoped in his car and headed down the country to the Rebel County to reunite with The Late Late Toy Show star, Adam King.

The eight-year-old stole the heart of the nation with his Virtual Hugs and his winning personality when he appeared on the show in 2020.

He’s become a national treasure! As well as good friends with Ryan Tubridy who reunited with Adam over the weekend. 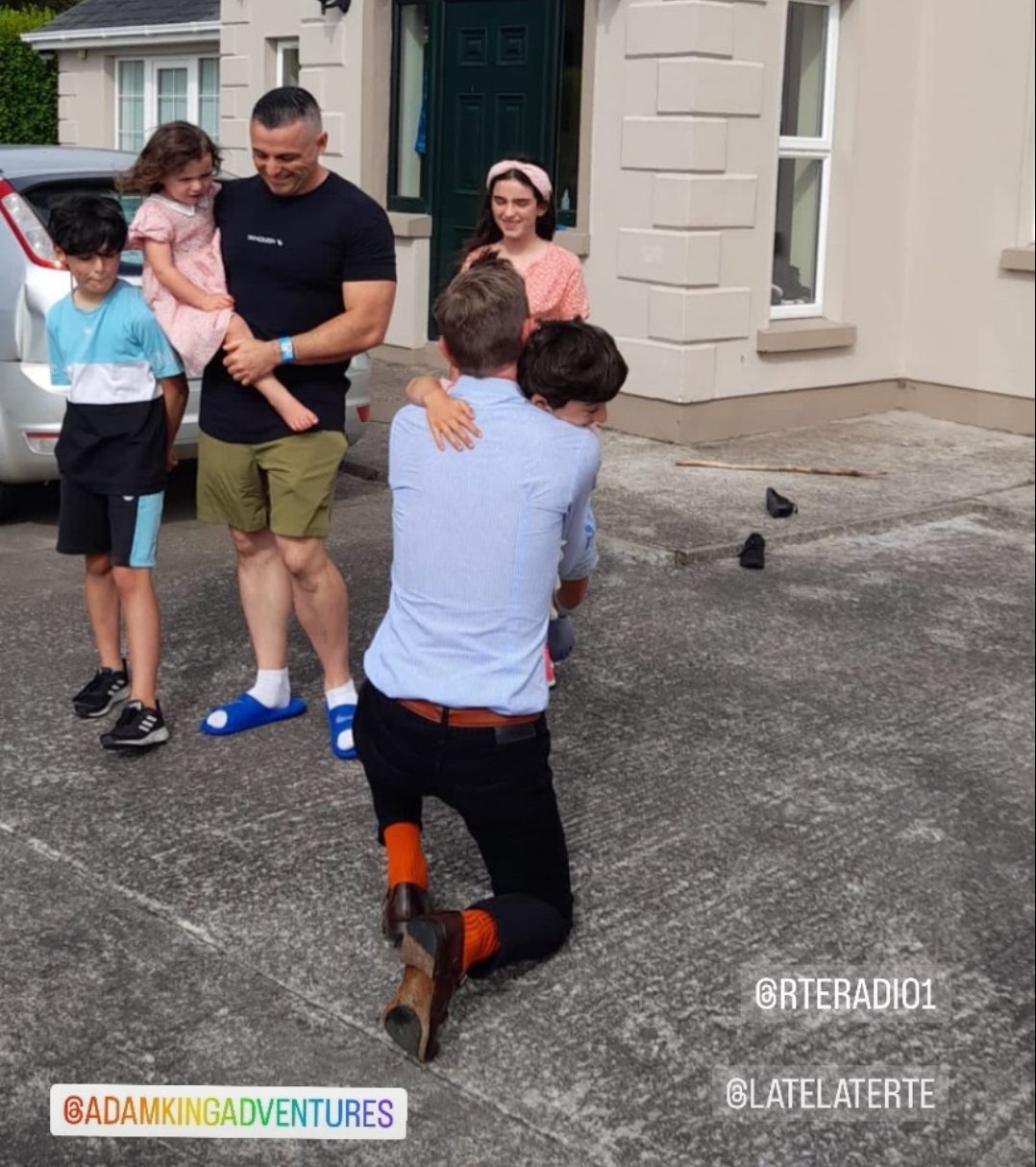 The Late Late presenter joined the King family at their home to chat with Adam and his siblings, as well as playing with them on the swing set and the trampoline.

Sharing the visit on social media, Adam’s parents wrote: “Well we just had the best day ever today…..”

“Thank you SO much to Ryan @instatubridy for taking the time to call in to see Adam and the family today on his with Ailish & Siobhán to broadcast the @rteradio1 show from Cork tomorrow.

“Adam and Ryan have really become the best of pals since the @latelaterte #ToyShow and today was another wonderful reminder of that,” they continued.

“There was cake, trampolines, swings, & chats about sport, history, life and all things good. We can neither confirm nor deny that Ryan vomited on the trampoline.

“A day that will live very long in the memory. Thank you Ryan and big hugs from all of us.”

Ryan and Adam had a great day together before the RTÉ presenter headed off to explore even more of Cork.