This year’s summer season of Love Island might be over, but fans certainly aren’t over it! Everyone is still busy keeping up with the former islanders and getting all the insider details. And Casa Amor bombshell Jack Keating just dropped some major gossip about the show.

Viewers will remember him chatting with Gemma Owen, in Casa Amor, when they opened up to each other about their families and having relatives in the limelight. With Jack’s dad being Ronan Keating and Gemma’s being footballer Michael Owen.

Gemma was pretty strong with Luca, so when she said her chat with Jack surprised her and was interesting, it got a lot of attention. But it turns out, that wasn’t the whole story. While Jack and Gemma did have a meaningful convo together, it wasn’t the one we saw on camera.

Jack revealed to the Daily Mail, that the show’s producers asked he and Gemma to have their chat a few times. 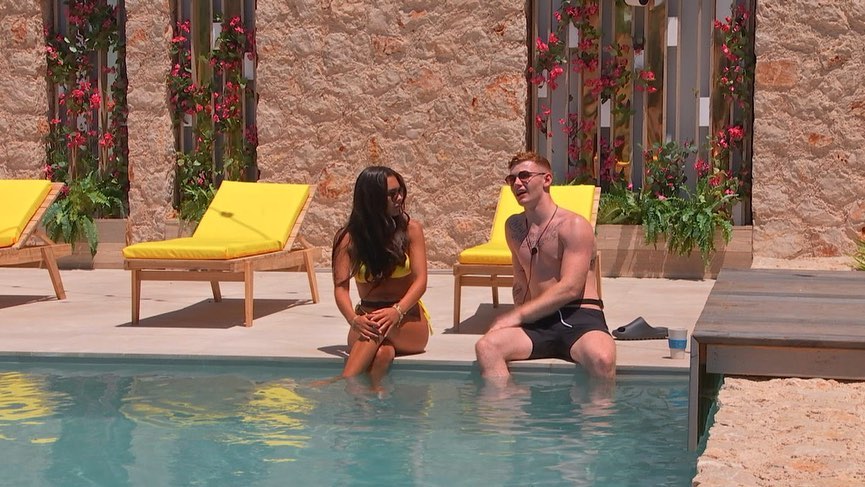 Saying: “My chat with Gemma we were having about our dads, they asked us to go sit down and have the same chat about our dads… I was like, ‘Oh god.’”

As for why, they wanted to see the conversation multiple times, the Dublin wasn’t sure but guessed it was to film it perfectly.

“They were just like, ‘Can you go sit down by the pool again and have a chat about your dads.’”

And for Jack, having to recreate their conversation was pretty stressful.

He explained: “I was like, ‘How are we gonna get this conversation back going again?’ That was definitely the most surprising thing I think.”

Jack left the show after Casa Amor, while Gemma made it to the final with Luca Bish, finishing second.