Vogue Williams has opened up about the arrival of her third child, and how it has been difficult for her children to adjust.

Vogue and husband Spencer welcomed their little boy, Otto into the world earlier this year. Since then, it has been a long road of adjusting to the new arrival, particularly for her two other children, Theodore and Gigi.

“It has been really difficult because, obviously, I have two other kids. And Gigi was so used to having so much attention,” she told New!

Sharing how she’s trying to combat the problem by showing Gigi with attention Vogue continued:

“I think she is going through a little phase, so I have been trying to spend as much time as I can with all of them and I’m now trying to do separate things with each of them” 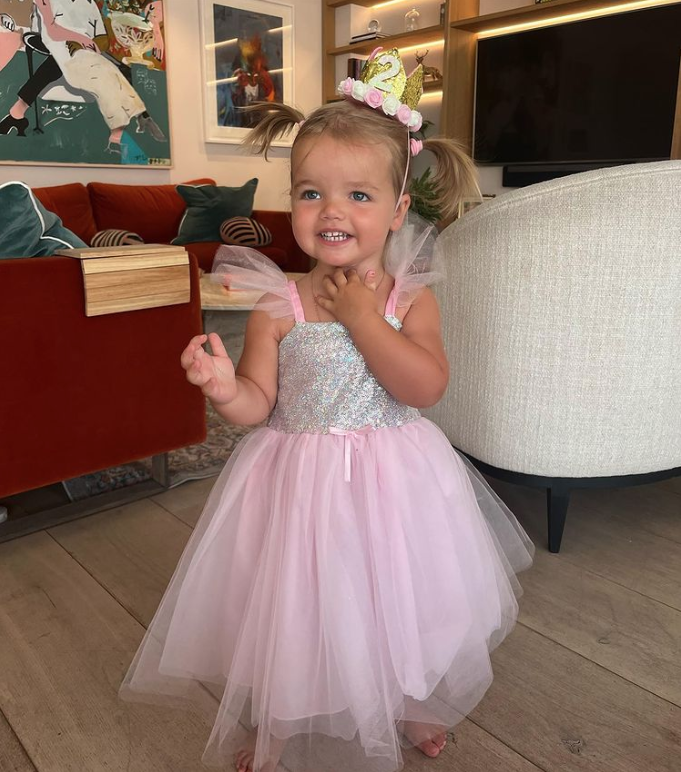 “At the moment, I’m just kind of focusing on Gigi because I think she’s feeling a little bit left out.”

Vogue became a mam for the third time when her son Otto was born in April of this year. Since giving birth, Vogue has been sharing sweet moments of the children together.

She has also made no secret of the hard reality of raising three young children. Recently, the family of five went on holiday together, with Vogue giving her followers a glimpse into what holidaying with three children is like.

Sharing some not-so-perfect pictures of the children, she wrote:

“Surprised I even managed to get pics… three kids = zero chill”