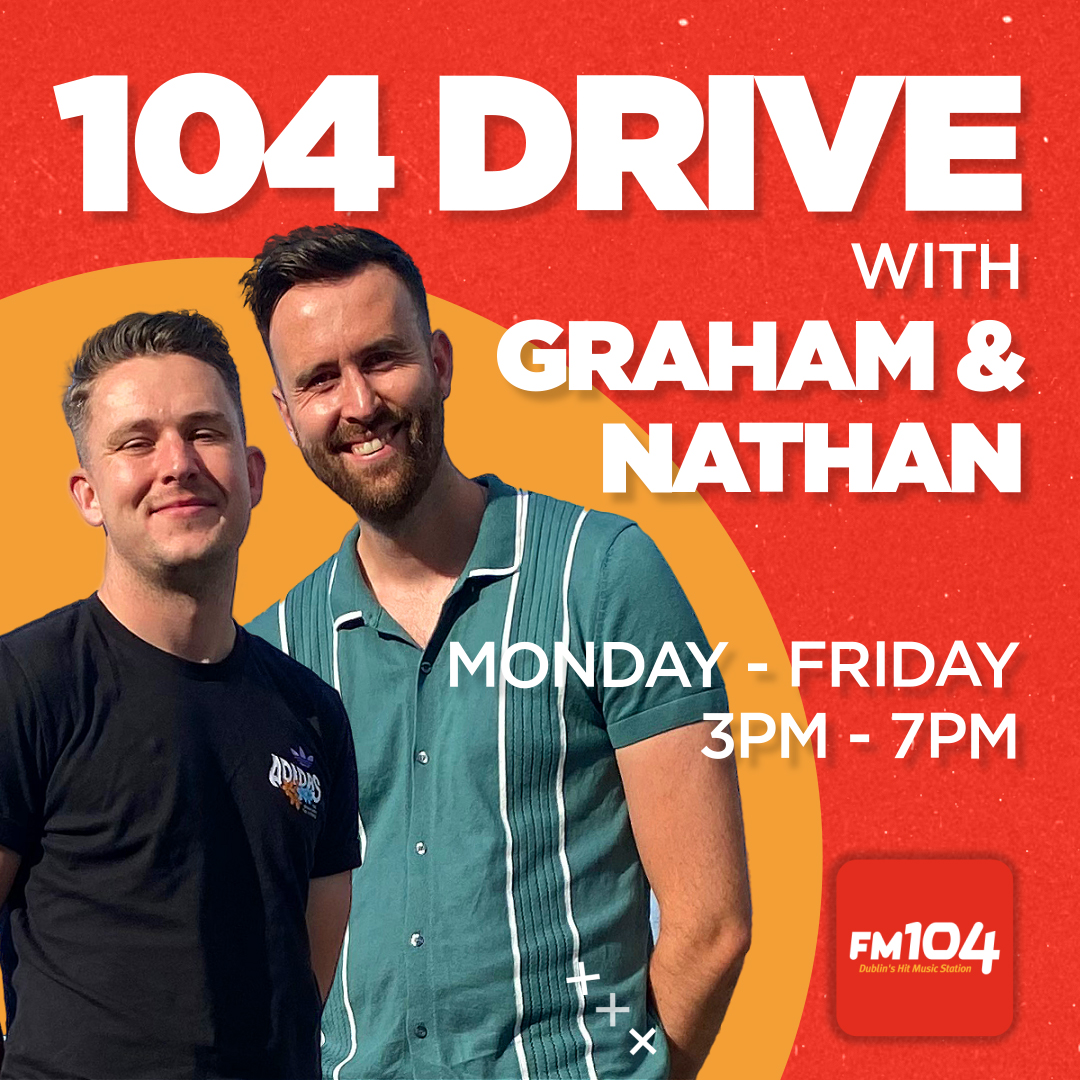 Earlier this summer it was announced that Graham and Nathan had left SPIN1038 where they had been presenting the morning show for five years.

Their replacements were announced earlier this month. And now we have an update on where Graham and Nathan have headed off to.

The pair will be swapping early mornings for the evening shift as they have landed a brand new show with FM104.

Graham and Nathan will front the new 104 DRIVE on FM104 from 3pm to 7pm each weekday bringing a fresh new sound to the evening commute.

Speaking of the move, the lads said: “We are unbelievably excited to be starting our new 104 DRIVE show soon on FM104. Not just because we are joining a station with such heritage, but also because breakfast radio has aged us terribly over the last five years – so much so our parents hardly recognise us!

“We will bring the same energy to this new show as we did to breakfast, and offer something a little bit different for the Dublin drivetime. As for what prizes we’ll be giving away, that’s up for debate. It could range from a car to a melted Snickers bar, the unpredictability is what makes it exciting. Chat to you again very soon.”

The Strawberry Alarm Clock will continue each morning with well-known voices Jim-Jim, Nobby and Crossy.

FM104 favourite Ben Murray will host a new workday show each day from 10am which will be followed by Graham and Nathan’s new slot.

The FM104 Hit Mix with Tara Murray will kick off at 7pm and we will round off each day with our new night-time show ‘Switched On’ fronted by Louise Tighe.

Plenty of listening for everyone!